If you don’t want to completely embarrass yourself when travelling in Thailand, familiarizing yourself with proper Thai etiquette is critical. Though locals tend to forgive foreigners when it comes to Thai manners, it’s still important to know the fundamentals of how to behave—you’re a guest, after all.

Introductions: Don’t be too excited, and wait for your host (if you have one) to introduce you to others. They will often address you by your first name, and possibly add khun before your name— a term similar to mister or miss. The Thai term is gender-neutral, though, so don’t feel offended if you hear them address you the same way they would the opposite sex.

The wai: Do not go to shake someone’s hand; hand touching is not how you greet in Thailand. The typical Thai greeting is called the wai, and involves pressing your palms together and slightly bowing your head. Since Thailand has a social hierarchy, typically the youngest person, or the person of lowest status, will offer the wai first. The only exceptions are monks: they’ll just look at you and walk away. Monks are not expected to return the wai as they are of high status, similar to how you are not expected to return a wai at children, waiters or street vendors.

Utensils: Most food is eaten with a fork and spoon—but never put the fork in your mouth! The fork is placed in your left hand while you use it to scrape the food into the spoon, which is placed in your right hand. Noodle dishes are the only meal that are often eaten with chopsticks. Some food can also be eaten with your fingers. If you’re left-handed, you better get used to using your right hand at dinner: in Thai culture, the left hand is considered dirty as it is associated with bathroom functions, so only eat with your right hand to avoid the awkward assumptions of your dining hygiene!

Eating: In some cultures, if you finish all the food on your plate, it shows that you enjoyed the meal and are satisfied. Not in Thailand. You should always leave a few bites of your meal to show the host you are full, because eating everything on your plate indicates that you’re still hungry. But it’s not that simple, either: never leave rice on the plate, since it’s considered wasteful, as Thai consider rice to be the most sacred ingredient. And while we’re at it, make sure you don’t lick your fingers after eating, because in Thailand this is considered extremely rude etiquette. If your fingers are slathered in sticky sauce, it’s best to just grab a napkin.

Thai Do’s and Don’ts: What You Should Do

Smile! Show Thai folks those pearly whites—even if you’re struggling with the language, getting lost or feeling annoyed from the extreme temperatures, don’t let your frustration show. Always smile and avoid showing strong negative emotions in public. These emotions are considered very negative and rude in Thai culture.

Be honest: Always tell the truth if someone asks you something. White lies are considered rude, so don’t take offence if someone says something to you that may seem a little too direct; it is simply the norm in Thai culture.

Remove your shoes: It is a Thai courtesy to always remove your shoes when entering someone’s home. Some shops and temples also require you to remove your shoes before entering, so if you are unsure as to what to do, look near the entrance for a pile of shoes. This is one of the reasons why Thai people place an importance on simple footwear.

Note the threshold: When entering a shop or someone’s home, it’s an old tradition to step over the threshold instead of stepping on it.

Respect the Thai anthem: Thailand’s national anthem is broadcast at eight in the morning and six in the evening every day on TV and the radio, and played on speakers in train stations and government buildings. If you hear it, it’s good etiquette to remain still and show your respect.

Thai Do’s and Don’ts: What You Shouldn’t Do

Don’t be skimpy: When you’re in Thailand, don’t wear anything too revealing and immodest. You should wear neat and modest clothing and only wear bathing suits when you’re on a beach.

Pretend your left hand doesn’t exist: As mentioned above, since the left hand is considered “dirty”, always use your right hand when passing objects.

Don’t show your feet: Never show somebody the bottom of your feet. Thai people consider feet the lowest and dirtiest part of your body. (And, literally speaking, they may have a point.) It is rude to point with your feet and extremely rude to have your feet point toward a Buddha statue when sitting in a temple.

Keep your hands off that head: Unlike feet, heads are considered the most sacred part of the body, so never touch someone’s head or hair, and never pass an object over someone else’s head.

Don’t point: If you’re walking across the streets of Thailand and happen to recognize a Thai celebrity, don’t wag your finger around—a chin lift in their direction is more common and polite.

Don’t throw things: Even if you’re in a rush and tossing someone money, it’s considered rude in Thai culture. Take the time to hand things to people properly, and even unfold money when paying.

Don’t touch a monk: Touching a monk is extremely disrespectful in Thailand, especially if you’re a woman. Monks are forbidden to have any physical contact with women, and to make physical contact would go against their faith.

Don’t show public affection: You and your loved one are travelling through an amazing country, you’re more in love than ever, and that’s awesome—just don’t go showing your affection in public. Public displays of affection like kissing and hugging are considered rude in Thailand. Besides, you don’t want to be that couple, do you? 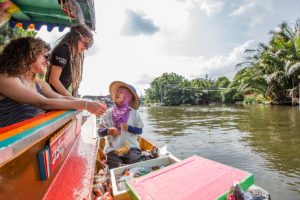 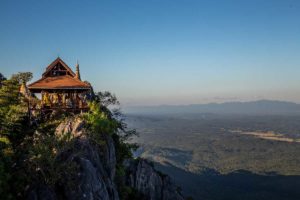 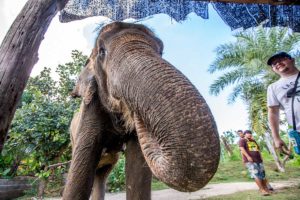 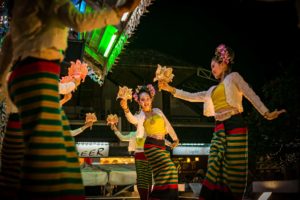