I’m walking across a crumbling concrete bridge in a tiny village in the jungles of northwestern Thailand, Sop Lan. The river is low but rushing beneath me. A little while ago, this whole area witnessed a tremendous flood, overflowing the river and damaging the bridge, ripping up trees and earth a few metres away. On the other side of the bridge, toward the mountains in the distance, an elderly man is washing his clothes in the current, alone.

I find the image quietly beautiful, and, since the rest of the team is filming a silk-weaving studio so small I couldn’t fit inside, I stepped around the bridge and walked down to the river, carefully lowering my camera to just above water level and shooting in the direction of the man in the distance, just as he finishes washing his clothes and begins walking slowly toward me.

During our Thai expedition, I was tasked with the roles of both field producer and photographer for the Tan Your Mind team. And while I know my way around an SLR, I am by no means a professional photographer—and what I learned is that being a photographer requires far more than just technical knowledge.

While I technically had an idea of how to capture this shot, and was testing out different apertures and shutter speeds, the man approached me—wet clothes in one hand, walking stick in the other. He asked me a question, and I froze. In my mind, I immediately assumed he was asking me about what I was photographing, if I would delete the photos of him, as I didn’t ask his permission first. I felt awkward, the privileged white guy with an expensive camera in a rural village where I didn’t belong. 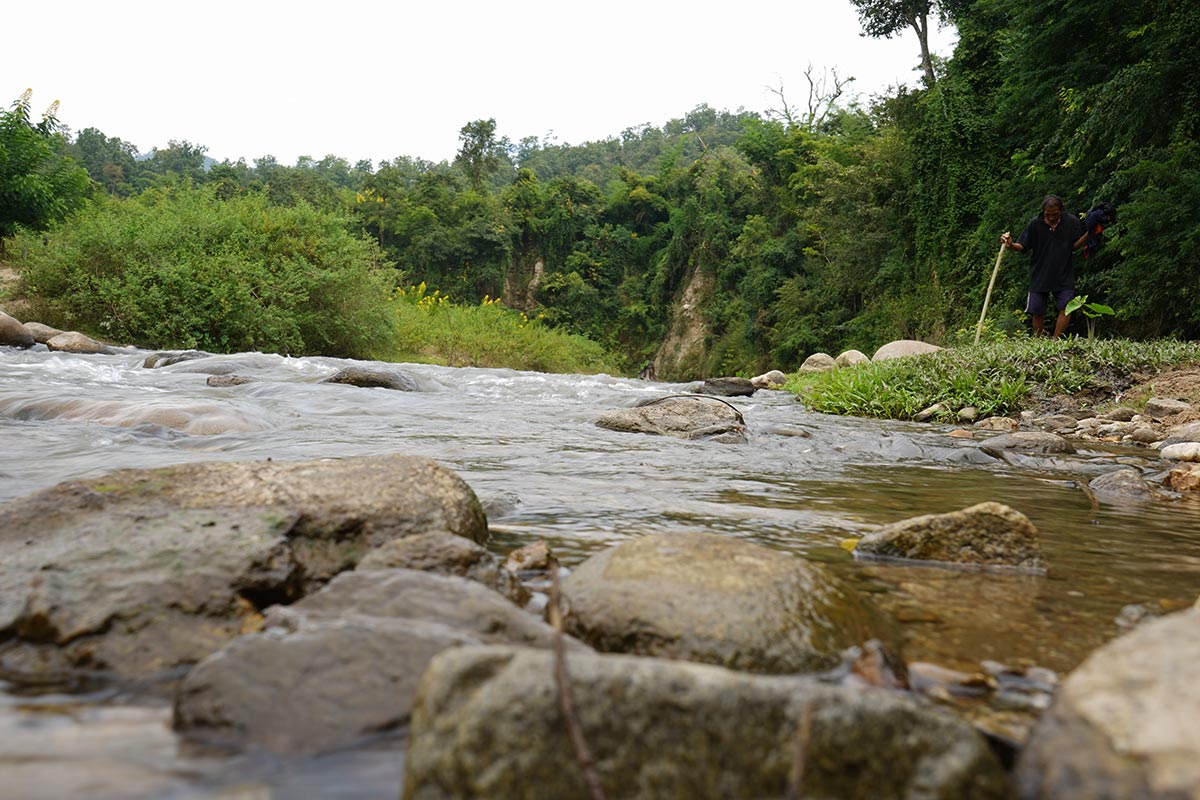 The photo in question—a man with a stick in Sop Lan. (Outpost/Michael Fraiman)

Panicked, I gestured to the mountains beyond, saying how beautiful they were, but it was useless: neither of us had a hope of understanding each other. The language barrier was too great. We tried to exchange words, but the exchange ended as he grunted and ascended to the village above.

Being a travel photographer requires connecting with your subject as much as capturing its essence. You need to be bold and not let language get in the way. I’m often a timid photographer—a shoot-from-the-hip type who enjoys candid moments and genuine expressions. Sometimes it works. Sometimes, moments would be better if I had the guts and energy to stage them, asking people (with my gestures if not my words) to move a certain way, reassuring them and showing them the photo I’d taken afterwards. 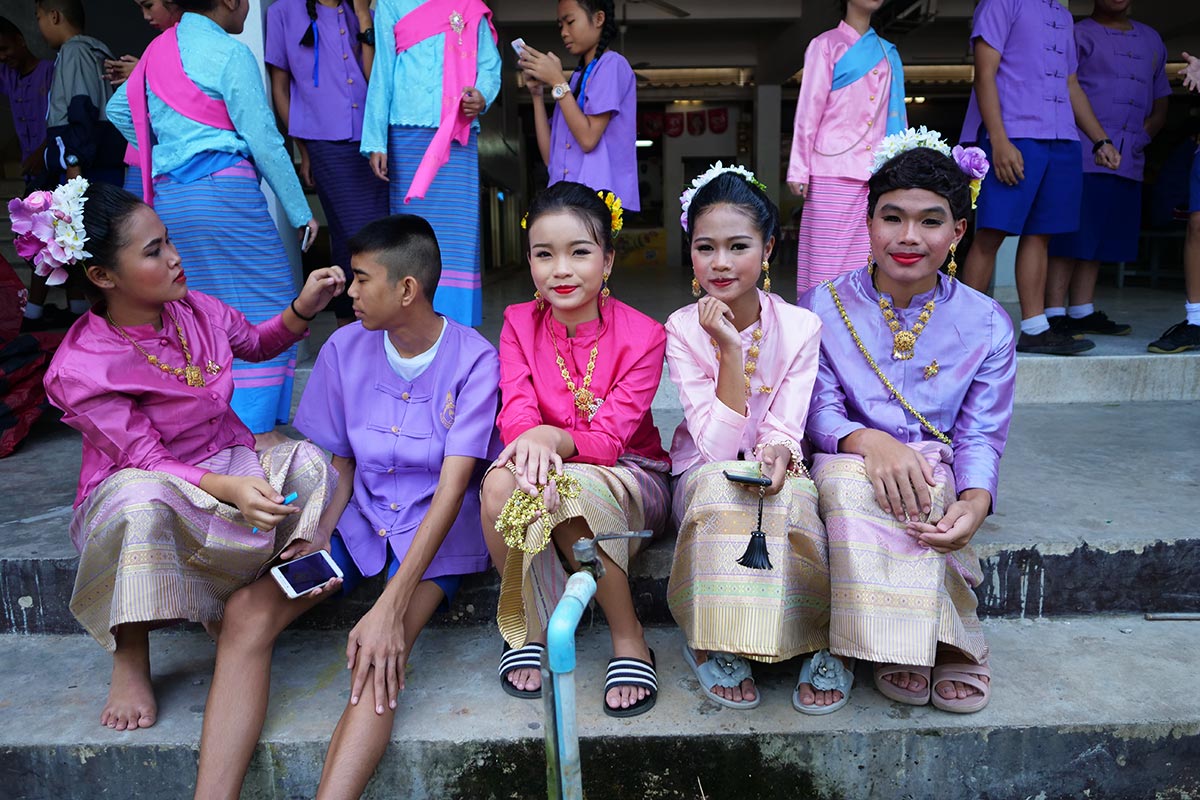 When we visited a Thai middle school, the kids were eager to show off their ceremonial costumes. (Outpost/Michael Fraiman)

I learned all this during our trip to Thailand, and I got immeasurably better as a photographer during the experience. The value of photography is that it does not require language. Rather than let that inability to communicate hinder you, you must embrace it as an excuse to reach out in different ways.

While visiting another silk-weaving studio in a different town nearby, our videographer Ryan—who, I must add, is immeasurably better than I am at being bold in the field, and helped guide me toward the same—took a few minutes to fly our drone up into the sky to capture some aerial footage of the village. All the studio employees stopped working and came up to see Ryan controlling the drone remotely, curious to see their small rural village from a bird’s eye view for the first time in their lives. They were smiling and curious, oohing and aahing at the camera’s smooth sailing overhead. 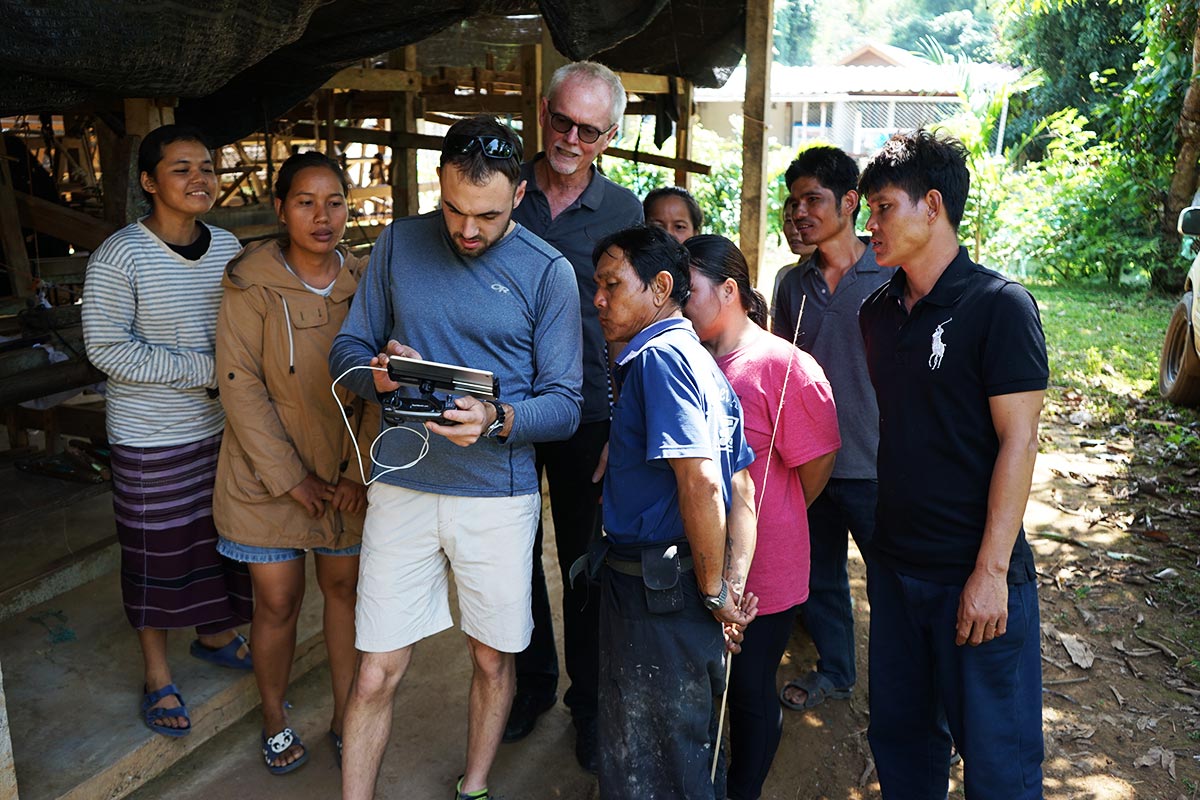 That was an affirming moment—a moment that proved how we, as storytellers, can come into a remote place like this, where we don’t speak the language, and invite a cultural collaboration. Rather than feel awkward for my expensive camera and privileged status, there is a way to use travel as a means of help and education. In capturing their village, we’re not just showing the world what remarkable products they’re creating—we can also show them their own life in a way they’ve never seen it before.

If I were to add any final tips to budding travel photographers, it would be to communicate as best you can with your subject. Some people will yell at you for taking their photo, and that is okay—delete it and respect their privacy. But more often than not, when you capture a moment or ask permission, they will grant it, and open up to you in a way that could not have happened otherwise. Be sure to show them the photo afterward, so they can see your good intentions. Some will even give you their email for a copy of the photo. Even better—everybody wins in that scenario. 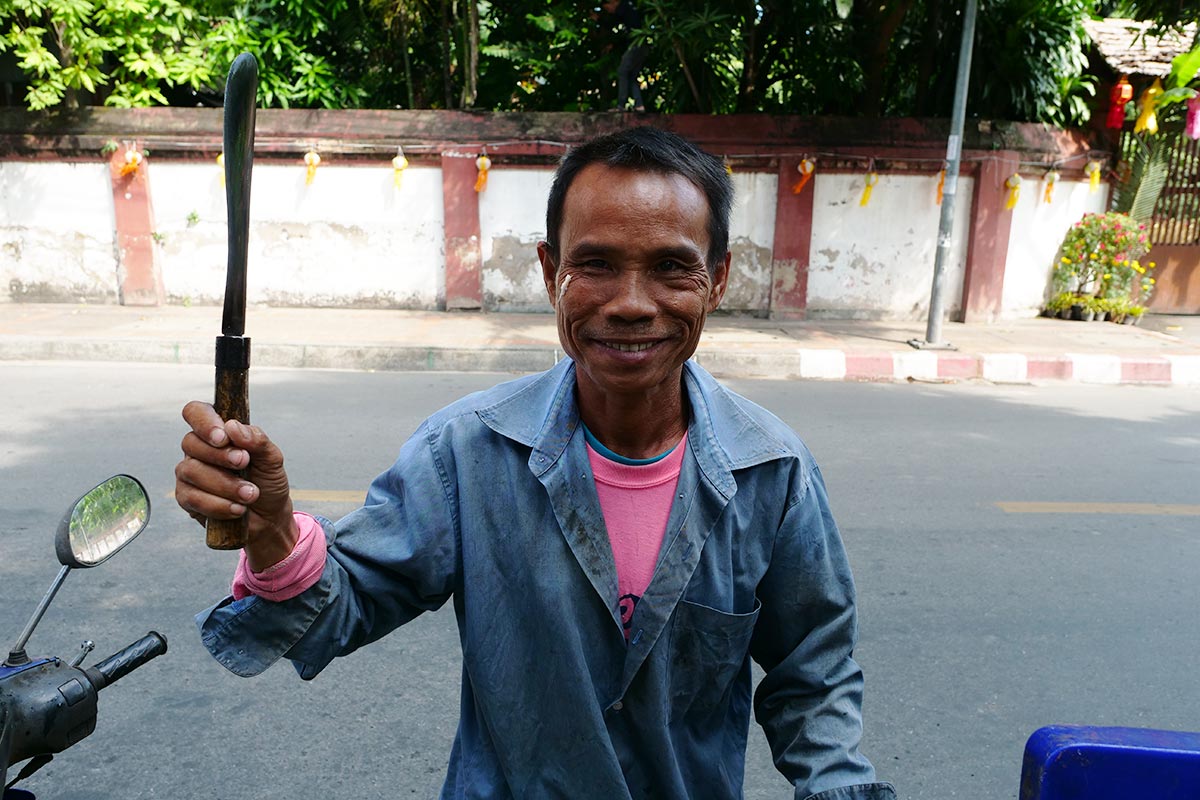 A coconut vendor in Chiang Mai. When I told him he had coconut flesh on his face, he smiled and nodded, like he wanted it there. (Outpost/Michael Fraiman)

About a half hour after my encounter with the man by the river under the bridge, I was in the silk studio, having rejoined my team. After a few minutes, in walks the man from the river with his walking stick. He spoke casually with the women from the studio, and I told Kent, our guide and host, that I’d met him just before. I asked Kent if he could help me translate—what was the man asking me before?

Kent turned to the man and clarified. The man nodded and explained. Then Kent turned back to me and explained, “Oh, he just wanted to know if you were going to take a bath in the river.” 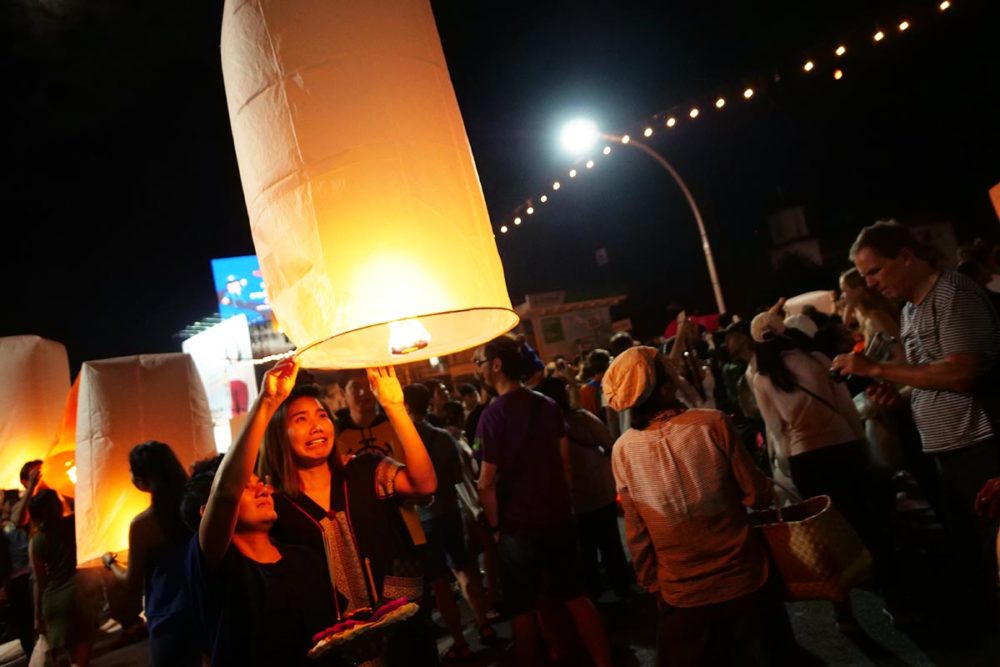 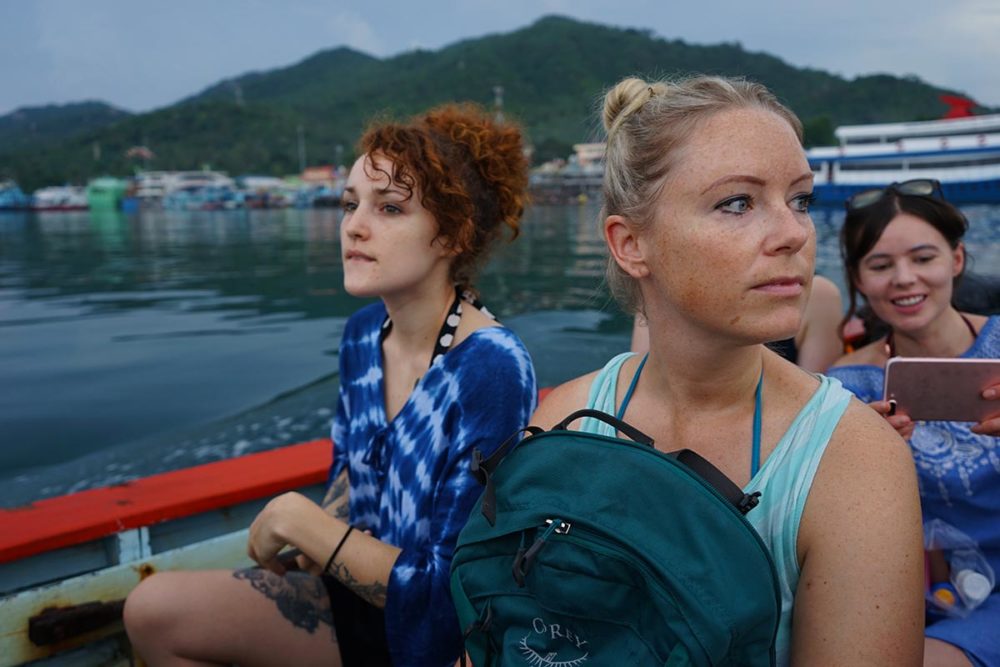 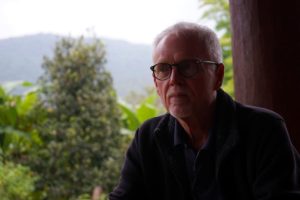 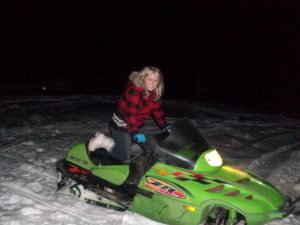 From Leisure and Luxury to Backpacks and Baht 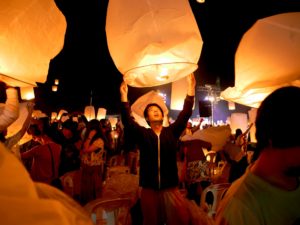