If you’d asked me to describe my first visit to Thailand in one word, I would have said “bucket.” Had I been given two words, my answer would’ve become “another bucket.”

At age 24, I was the cringe-worthy cliché of a backpacker gone bananas. I staggered down Khao San Road guzzling vodka Red Bull out of a plastic pail; jumped over the flaming skipping rope at the Full Moon Party (yes, it ended in tears); tripped out on Koh Phangan’s Mushroom Mountain; and engaged in various debaucheries that I had to censor with liquid paper and a box cutter from my parents’ copy of my travel memoir, It’s Only the Himalayas and Other Tales of Miscalculation from an Overconfident Backpacker. On our year-long round-the-world trip, my best friend and I passed through Bangkok six times before we managed to visit the Grand Palace. But hey, I was young(er).

I’m hesitant to say I regret my decisions because, like all wild oats, they were formative experiences—and because at least I didn’t wind up with a Thai bamboo tattoo that I believe reads “wanderlust” but actually translates as “stupid tourist.”

“During a nighttime scuba dive on Koh Tao, I encountered flabbergasting bioluminescence that expanded outwards in the black ether like a sparkling galaxy, invoking within me whatever is the atheist version of a spiritual experience.”

Nowadays, however, I am more conscious of how hedonistic hotspots for Western travellers in developing nations can lead to exploitative practices, and how easily backpackers can forget their manners and become belligerent guests within traditionally modest host nations.

Thailand provides a quintessential example of this as Bangkok’s Khao San Road is the most prominent hub on the backpacker circuit, and Koh Phangan’s Full Moon Party the most notorious celebration, respectively. Even the most popular book—Alex Garland’s The Beach—highlights the id-satiating backpacker culture that permeates the country.

Of course, not all of my memories of this Southeast Asian nation are of the bottom of a bucket. Despite having witnessed most it from within a hangover fog, I recall the country as an extraordinary place. 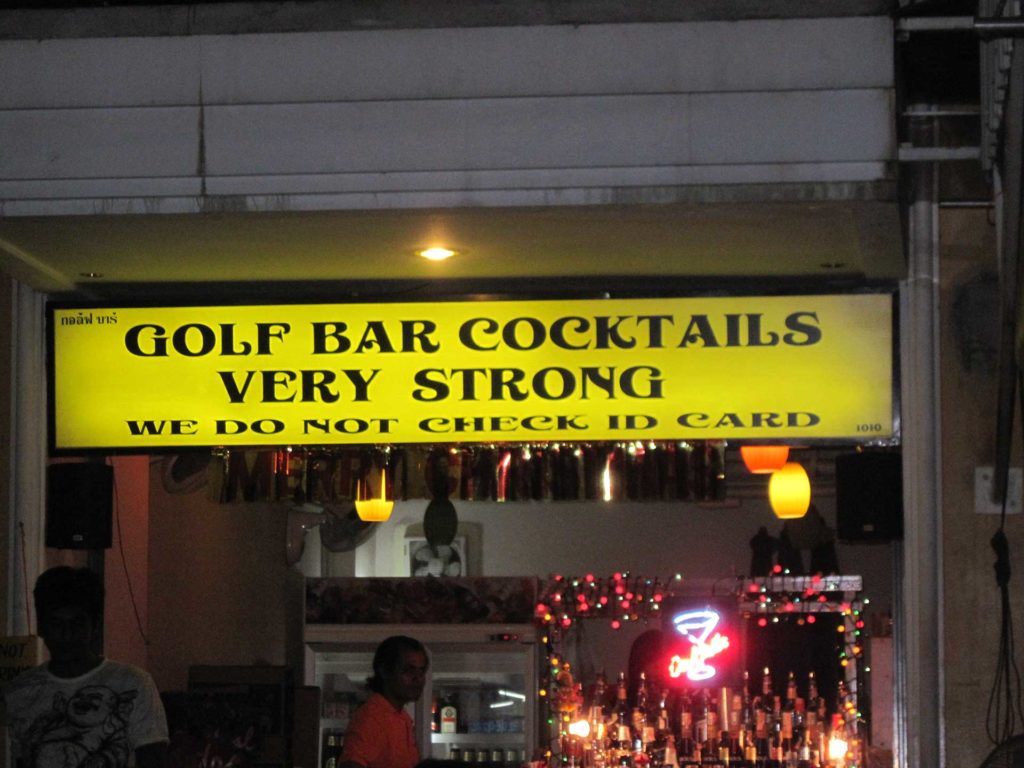 The magical spot where Sue drank one of her first vodka-Red Bull buckets.

During a nighttime scuba dive on Koh Tao, I encountered flabbergasting bioluminescence that expanded outwards in the black ether like a sparkling galaxy, invoking within me whatever is the atheist version of a spiritual experience. And while the delectable cuisine in the foodie city of Chiang Mai didn’t quite trigger the same mystical awe, it did include the best coconut curry I’ve ever sampled. Meanwhile, the Grand Palace (when I did finally get around to seeing it) reminded me of the Cave of Wonders in Disney’s Aladdin because of the copious amounts of ornate gold and shimmering jewels.

It’ll be fascinating to return to Thailand as part of Outpost’s Tan Your Mind series as a—well, I’m somehow reluctant to call myself a grown-up (I’m wearing Converse high-tops as I write this!)—but a more mature traveller, to say the least. I don’t drink anymore, and I’m excited to experience the side of Thailand I missed when I was busy making questionable decisions the first time around.

Besides, now I can finally get that Thai bamboo tattoo! 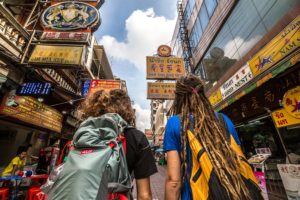 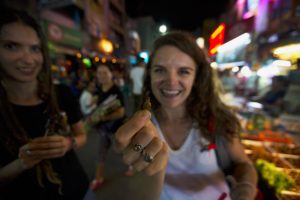 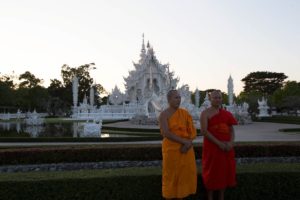 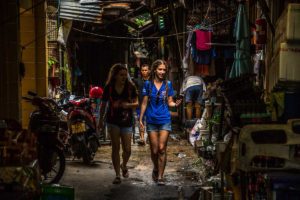 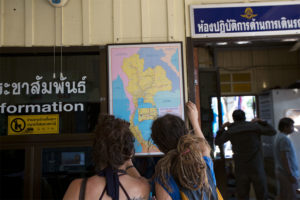